The Black Pearl 98 is the widest ski in Blizzard’s “All Mountain Freeride” line and has replaced the Samba, which shared the same 98 mm waist width. They use a women’s specific light wood core, unidirectional carbon fiber running through the length of the ski in addition to fiberglass laminates that are reinforced, again, by carbon. The result is a ski that delivers both solid performance on firm snow as well as a strong ability in ungroomed, off-piste terrain.

Tami Razinger really enjoyed skiing the Black Pearl 98 over our test days. She skied the 159 cm length and felt that they did great in a wide variety of terrain and gave the ski high scores in just about every category. She commented, “The Black Pearl 98 were great skis for all terrain. They held up at high speeds and in the bumps. Really nice ski for carving on groomers. Whether you’re skiing soft or hard-pack, it will do great.” She felt it was one of those skis that could be skied “anywhere on the resort!” We have to agree. As far as “one ski quivers” go, it’s tough to beat a ski like the Black Pearl 98 and its ability to deliver fun in a wide range of conditions.

Karly Acker felt that because the ski has a 98 mm waist width you should be of a relatively high ability level and have had some experience carving a ski if you really want to get the most out of it. Because they require a relatively high edge angle she “would recommend for ex-racers w/ higher carving skills.” While Tami didn’t comment on this, it’s important to remember Tami is a competitive big mountain skier and in theory should have no problem achieving a high edge angle. Karly is a ripping skier too, and skied the same length as Tami, but as a dedicated alpine race coach it’s not surprising she was thinking about edge angle. Karly added that she should the ski excelled at short radius turns: “was very fun to make quick, sharp turns…” and added that it was “easy to go from short radius turns into long radius turns, but only on slightly less steep terrain.”

Caroline Kessler’s opinion of the Black Peal 98 differed slightly in comparison to Karly’s and Tami’s. While Tami felt the ski could handle high speed skiing just fine, Caroline commented that the Black Pearl 98 is a “good women’s all mountain skis”, but added that they “get a little sketchy and unstable when you get to a higher speed.” This is understandable, as Caroline skied quite a lot of men’s skis throughout our ski test, including the Blizzard Bonafide, which shares the same shape, but uses two sheets of metal. Yes, compared to the Bonafide the Black Pearl 98 can get a little sketchy when your skiing at Mach 4 speeds, but it’s still a solid ski. Caroline is also bigger than both Tami and Karly, and although she did ski the next size up, keep that in mind if you’re worried about the Black Pearl 98 not holding up to your level of aggressiveness.

Overall we think the Black Pearl 98 is going to be a great choice for a lot of women skiers who want a ski that they can take everywhere on the mountain, but when compared to a ski like the Sheeva 10, leans a little bit more towards use on firm snow. In fact, between the two skis it’s relatively easy to choose. Do you spend more time on firm snow or soft snow? If firm snow, perhaps you’re a Black Pearl 98 skier. If soft snow, perhaps you’d prefer the new Sheeva 10. We think Caroline’s final comment is a great place to leave it: “Fun for smaller turns. Playful. Good for a confident all mountain skier that is not looking for a ton of speed.” 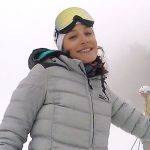 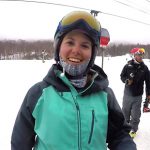 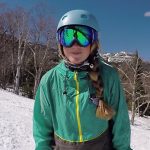