New for 2019, the Atomic Vantage X 86 Ti joins a competitive list of similar skis that all perform quite well. Offered as a system ski with a Warden binding, the Vantage X 86 Ti is a strong on-trail performer that is willing and capable of exploring any and all terrain. The biggest tweak for this year is a raised edge profile with a center cutout. This puts more pressure over the edges and makes for a lighter swing weight. The end result is a strong, powerful ski that loves to be brought up to speed in order to maximize its potential. In a deep field of mid-80 mm underfoot hybrid-type skis, the Atomic Vantage X 86 Ti stands out because of its stability, quickness, and playful nature.

Bob St.Pierre skied the 181 cm length and found it to be “solid and stable—very predictable” giving the ski high stability and torsional stiffness scores. At 215 pounds, Bob’s not a light skier, but found the ski had the chops to hold up to some serious torque. He added that the ski “did not have as much rebound as I was hoping for, but much fun nonetheless.” If you find a ski that you have fun on, nothing else really matters.

Jake Inger tested the Vantage X 86 Ti in the 173 cm length and marveled at the floatation of the ski. He remarked that it is a “really light all-mountain ski. It holds an edge well through all kinds of snow, making both quick and long turns easily and playfully.” He found it a bit stiff and one-dimensional, but if that one dimension is on-trail ripping, then no love lost.

Charlie Roy, a technically strong skier, spoke volumes about the ski: “This ski is a great Stowe ski! Rips the groomers, damp in the crud, and has a light enough swing weight for the bumps and trees.” That’s a pretty glowing review, to be sure. He continues by saying that “this ski is great for advanced and expert skiers looking to ski East Coast steeps. I love the smooth, planted feeling in all conditions.” So Charlie goes so far as to put a location preference, which is great, but that shouldn’t deter western skiers from considering the Vantage X 86 Ti as an everyday on-trail ski whatsoever.

Devin Gleason ripped a few runs on the 181 cm length Vantage and found it to be stiff (which he liked) and gave it high marks in quickness and playfulness. Overall, his opinion that the skis “carved really well on icy groomers” resonates well with the eastern/hard snow crowd. The titanium aspect of the ski stuck out to him and he noticed that as a result of the construction, the skis were “very light and fast.” Devin noticed that the ski was somewhat of a chameleon—that it was able to be multiple different things at the same time. At 86 mm underfoot, he found that the ski lacked in flotation, but was willing to overlook the deficiency based on its other merits.

Overall, we found the general consensus on the Atomic Vantage X 86 Ti to be one of enthusiastic optimism. Testers loved the performance on hard snow, but also remarked at how well it performed in variable and softer conditions. In a deep and talented field of mid-80 mm waisted skis with metal laminates, the Atomic created its own character that is certainly pleasing to a lot of different skiers. 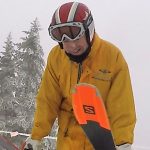 Ski Style: : Fast and precise with a racing background 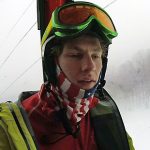 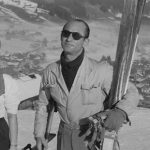 Ski Style: Fast and fun with an adventurous spirit 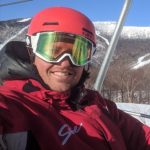 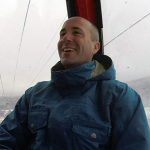