The Enforcer series from Nordica is not nearly the new kid on the block anymore but it has been the blueprint for modern freeride/all-mountain skis for quite some time. By taking ideas and technology from other companies and making the best of the best in terms of quality and precision, Nordica first re-launched the Enforcer 100 and hasn't looked back. The Enforcer line now encompasses six different models, ranging from 88 to 115 mm underfoot. They all vary slightly in terms of shaping and profile, but the bones are all pretty much the same. The 100 is known as the flagship model, and it has undergone a few changes for 2021 that are going to make it easier to turn, better floating, and more refined overall. By implementing the true-tip technology that was found on last season's Enforcers 88 and 104, the amount of wood core that surrounds the tip is replaced with more sidewall material. While this doesn't lower the overall weight of the ski, it makes it more compliant in the tips and creates a smoother-turning product. Also new for this year is the length-dependent core thickness which allows the designers to make a ski that's better suited to its ideal skier. Longer skis are stiffer, and shorter ones are more flexible; so someone who needs a shorter length won't be punished by the stiffness of a ski based on a longer reference length. They've also added the same carbon/fiberglass laminate found in the 88's and this creates additional stiffness and performance, but also adds a few grams to the overall weight. By and large, our testers this year were all pretty enamored with the updates, including the increase in available length options. Marcus Shakun calls it a "playful-ish, hard-charging go-getter. It's amazing how bomber it can be but then there is this level of playfulness that seems forgiving to the right skier." In terms of the stiffness and flex, Marcus notes that "the tail is all there, which is why at high speed charging on any condition or snow type it is so stable. But the shovel is where it blasts through the snow and allows some of that playfulness and forgiving feeling. It just seems to be damp enough to do it all." Marcus skied the 186 and found it to be a good length, although a taller skier like himself could certainly enjoy the new 191 cm length. That old 193 was a bit long for a lot of skiers, but now if you're in that 6'2" and above range, the 191 is now in play. Jeff Neagle tested the 179 and liked the new sizing breaks. He previously would have had to decide between a 177 and a 185, but now the 179 just slides right in there. Lots of 5's on Jeff's scorecard, including stability, edge hold, versatility, and overall impression. "The changes to the construction make it feel a little lighter on your feet and also a little more responsive. It increases its versatility as an all-mountain/freeride ski. I find it easier to maneuver in technical terrain than the previous Enforcer 100." And Jeff doesn't expect "the popularity of the Enforcer 100 to go away for 2021, that's for sure." Bob St.Pierre tested the 186 and then bought a 191 for himself a few weeks later. While the 186 was a great ski, and lead to some consistently high scores including 4's out of 5 for versatility, stability, and overall impression, Bob did feel like there was some performance left on the table, especially in crud. He had the same experience on the Enforcer 94 (186) as well as the Blizzard Bonafide 97 (183), so it made sense to go for the longer size. No regrets. "The new Enforcer 100 is an amazing ski, especially in the 191. I was a bit hesitant at first, but I used to own the 100 in the 193 and loved it most of the time, just a few spots here and there in the tight trees here in Stowe that it was a bit much. But the new 191 does it all. Still a bit much in the tight bumps, but when you open it up and let it rip, it's amazing. Just like a Cadillac on the highway, these things are smooth. Great transition between turns as well, with just the right amount of energy."


New, but not all new, is the name of the game for the 2021 Enforcer 100. They've done a fantastic job making a ski that really does it all, and at the highest levels. It's great to see the expansion of the Enforcer line as well, with just a ton of great skis coming out of it. 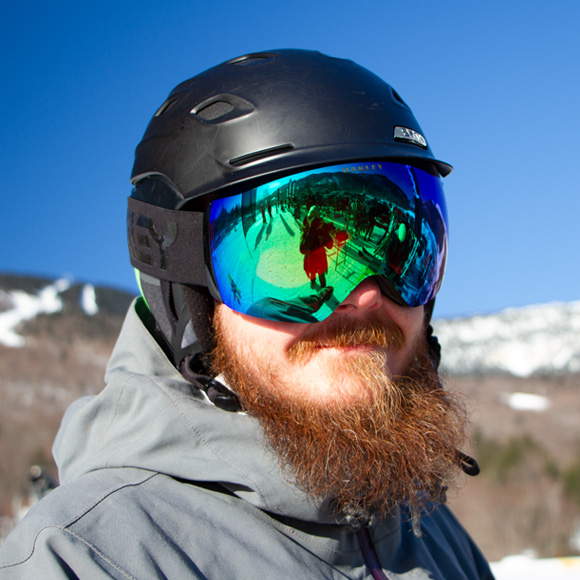