#1: Checking in With the World of Ski Racing: Johan Eliasch Gets to Work and The Jeff Shiffrin Athlete Resiliency Fund Enters its Next Phase: 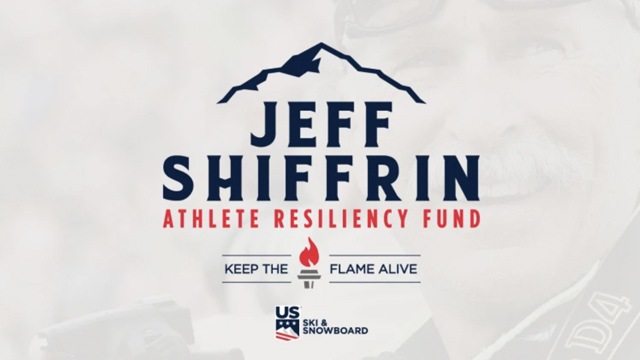 Hello and welcome to Top Five Fridays, the June 18, 2021 edition! After last week’s onslaught of ski news, this week felt a bit more normal with news developing at a rate far more typical of mid-June. Still, as we’ve come to learn over the years, the ski news never totally stops. So, with that in mind, let’s jump right into this week’s roundup, starting with a double header of updates from the world of ski racing! To start that endeavor, we’ll share with you an article from the FIS detailing new President Johan Eliasch’s first ten days on the job. Now, to be perfectly honest, there’s not a whole lot to recap here as Eliasch’s first ten days sound a lot like anyone’s first ten days: show up at the office, get to know your co-workers, and start working towards the organization’s collective goal. The one difference in this case of course, is that as president, the group’s collective goals are ultimately whatever goals Eliasch puts in place. Being in the unique position of only being guaranteed the job for one year, and a year in which the Olympics will be held, Eliasch has wasted no time in confirming that his primary goal for his first year on the job is to make sure that the FIS is ready for the upcoming games. To read more details about the FIS’s first week under Eliasch’s leadership, check out this report.

In other, arguably more exciting, ski racing news, we’ve also learned that cthe Jeff Shiffrin Athlete Resiliency Fund (JSARF) has officially relaunched. As you might recall, the fund was initially created last summer by Mikaela Shiffrin to honor her late father’s legacy. At the time of its formation, the fund was utilized to provide financial support to every member of the U.S. Ski and Snowboard Team during Covid. This initiative was realized in the form of a $1,300 check being given to every team member. Now, with the Covid crisis largely behind us here in North America, the JSARF has relaunched as a fund dedicated to the ongoing financial support of U.S. Ski and Snowboard Team athletes. Building on a successful debut, the fund will now function as something of a support system for athletes who may need help funding their training or travel costs. For athletes hoping to receive financial assistance from the fund, all they’ll need to do is submit an application for a grant stating their need and intended use for the funds. To start, the fund is hoping to raise $250,000, with another $125,000 being contributed by an anonymous donor. Noting that the fund originally raised $3m last season, a $250k goal seems like a low bar to clear. Regardless of dollar amounts, the fund itself is an amazing way for Shiffrin to give back to her community of athletes and keep her father’s legacy alive. To learn more about the relaunch of the JSARF, or to find out how you can donate, check out this article from the U.S. Ski and Snowboard Team.

#2: The Pandemic Season Might Be Behind Us in North America, but in Australia, it Marches On:

Astute reader’s may have noticed that in highlight #1, we were sure to specify that the Covid crisis is largely behind us in North America. While that may seem like an unnecessary stipulation, we recently learned that the international ski community isn’t entirely out of the pandemic season quite yet. This week, we were surprised to see headlines coming out of Australia that read as if they were written in Europe last December. There, the state of Victoria has just announced new regulations that require guests visiting any ski resort (or ski field, as they’re called locally) from the Greater Melbourne area to produce a negative Covid result from a test taken within 72 hours of their arrival. While that may seem like a simple enough requirement, ski resort operators are crying foul for a number of reasons. The most prominent form of pushback is one that many U.S. resort operators, especially those in Colorado, can relate to: the sudden implementation of the requirement and a complete lack of notice. As it turns out, this seems to be a common theme across governments no matter where you are. When it comes to implementing Covid protocols, governments have tended to move quickly, providing little or no forewarning to the resorts who ultimately find themselves overwhelmed and frustrated by the unexpected need to rapidly adjust their operating plans. That, as it turns out, is the second frustration being voiced by Victorian resorts: there’s been little to no guidance provided as to how exactly this new requirement will be fulfilled. It’s the expectation that the resorts will shoulder the responsibility, but with so many points of access at any given resort, actually carrying out the requirement could prove to be downright impossible. While this latest development has rightfully frustrated Victorian ski field operators and business owners who rely on tourism, the one piece of good news is that the light at the end of the tunnel continues to get brighter. In all likelihood, this new requirement won’t last for the entirety of the Australian ski season. To learn more about this, check out the report from ABC.net.au. In other news this week, we caught word of yet another round of extremely charitable donations from Vail CEO Rob Katz. Now, we know a portion of our reader’s aren’t particularly fond of the consolidation of ski resorts in recent years, or Vail’s handling of the pandemic season, and we hear you. Still, we’re committed to remaining as impartial as we can on the matter as strong arguments can be made on either side of the consolidation aisle. That said, this week we’re sharing what’s an undeniable benefit of Rob Katz’s financial success: his continued contributions to charitable causes. This week, Katz announced that he’ll be exercising stock appreciation rights that are set to expire in 2022, ultimately giving him an additional 91,661 shares of Vail stock. Of these 91,661 shares, Katz will be keeping exactly 0 for himself, and instead selling all of them at a market price of $319.94 each, ultimately donating the approximately $29.3 million profit to the Katz Amsterdam Foundation. Since its creation, Rob Katz and wife Elana Amsterdam have now donated nearly $150 million to their foundation which has made contributions to a number of charities supporting a variety of initiatives.

Along with this week’s announcement, we also learned where some of this most recent round of funding is heading. In addition to continuing to fund efforts to support mental health in mountain communities, as well as providing financial aid to businesses in need, a portion of this latest round of funding will be donated to a number of charities that support and promote racial justice and reform. Upon announcing the latest round of contributions to the foundation, Vail also shared specific details regarding eight donations being made to charities supporting racial justice, totalling $2 million. Regardless of where you stand on the issue of ski resort consolidation, if there’s one thing we can all agree on, it’s that Rob Katz’s use of his financial success has been a positive influence on the ski industry and beyond. To learn more about this recent charitable donation, check out the full press release from Vail Resorts.

#4: China is Actively Trying to Grow it’s Ski Industry Ahead of the 2022 Olympics. New Yorker Magazine Profiles What That Actually Looks Like: In an article published by the New Yorker this week, we're treated to a depiction in which the young Chinese ski scene is chockfull of beginner level chaos. Image: Yabuli Ski Resort on Facebook

Finally, we end this week with a fun read from New Yorker magazine that brings us to the ground level of China’s recent efforts to develop a ski industry. The article itself is actually extremely entertaining as we’re treated to a unique first person perspective from a journalist who was born in Missouri, lived for a period of time in Colorado, is the only member of his family who doesn’t know how to ski, and is currently living in China. All of these elements combine to create a story in which the main character is well versed in American ski culture and can clearly highlight the strong contrast between that and Chinese ski culture, but maintains the ignorance of someone who’s never actually skied. Truth be told, the article itself is pretty long and we’d be doing it an injustice if we attempted to recap all of the great anecdotes in their entirety. So, rather than attempt and fail to do the article justice, we’ll just tell you that it provides great insights and perspectives on the following: the perceived dangers of skiing to Chinese skiers, the lack of experienced skiers creating an insanely chaotic onhill environment, rude ski instructors, the origins of China’s first ski resorts, the exceptional amount of importance being placed on the upcoming Olympic games, and much, much more. If you’re in the market for a medium length read telling the story of a ski culture being forced to bud, you’re going to want to give this piece a read. We promise you’ll be entertained.

#5: And Now, Your Edits of the Week: Mountaineering Mt. Hood: