#1: After a Wild Season, Ryan Cochran-Siegle is Back on Snow:

The run that ended RCS’s meteoric season. Fortunately, the crash was less harmful than it looked.

Hello and welcome to Top 5 Fridays! This week, we’re kicking things off in our favorite way: with some news from the world of ski racing! If you followed along with us or the FIS World Cup circuit this year, you’re already aware that U.S. Ski Team member Ryan Cochran-Siegle’s (RCS) season was something of a rollercoaster. Early in the year, before things really got underway, RCS was featured in a Ski Racing Media piece that focused on his drive to win. One of the highlights of that writeup was RCS suggesting that he was coming into the season with a “let it all hang out” mentality. In other words, he was intent on skiing loose and winning races. For the first couple of months of the season, that strategy paid off, ultimately earning him his first career gold medal at a race in Bormio, Italy at the end of December. Then, just about a month later, his loose skiing got the best of him and he suffered a season ending crash in Kitzbuehel, Austria. Having suffered a C7 fracture in his neck, RCS was fortunate to not have suffered from a worse injury that would have impacted his general fitness, or far worse, permanently impacted his mobility. Instead, as awful as a neck fracture sounds, the result of the injury was about as mild as it could’ve been. When all was said and done, RCS had limited range of motion in his neck, but remained hopeful that he could return to racing before the season ended. Ultimately though, his rehab proved to be more important and he decided to focus on regaining a wider range of motion before returning to snow.

That brings us to this week’s news: RCS is officially back on snow. While he’s still in recovery mode and doctors are encouraging him to take it slowly, an article from Ski Racing Media this week provides us with some updates in regards to his progress. Currently, RCS is on snow at Mammoth Mountain, along with the rest of the USST Men’s team. There, he’s participating in free-skiing and drill progressions, but is remaining on the sidelines during gate training, as his doctors advised him to steer clear of any activities that might result in another crash. As a result, he’s taking it slow, focusing on fundamentals, and regaining his confidence until he can return to full on gate training, which will likely be in August. While the limited training regiment certainly inhibits an athlete with ambitions of making it to the 2022 Winter Olympics, it’s worth noting that the lack of high level, on snow training this summer is still an improvement over last summer’s experience in which ski team athletes hardly had a chance to train on snow at all. Still, setbacks aside, RCS remains confident in his own athleticism and ability to learn from his mistakes. Looking back on his season, RCS cited multiple times in which his loose approach nearly resulted in crashing, before finally catching up with him on that fateful day in Kitzbuehel. Now, the challenge RCS faces is finding a balance between the approach that earned him his first gold medal, and maintaining enough control to prevent another season ending injury. To learn more about where RCS is today and his outlook for next season, check out the article from Ski Racing Media.

#2: The Pandemic Winter Spurred a Widening of Skiing’s Demographic:

To sustain momentum in diversifying snow sports, groups led by black skiers and snowboarders, such as the National Brotherhood of Skiers and Inclusion on the Slopes, advocate for showcasing people of color in marketing efforts. One athlete who is fortuitously leading this effort is Snowboarder Zeb Powell. And yes, it does feel uncomfortable for us to use a clip of the one professional snowsport athlete of color that’s on the rise right now to accompany this highlight. That is exactly why change is needed though, so that more than one black athlete comes to mind at times like this.

Next up this week is a great story that highlights what many hope will prove to be a trend for the snowsports industry, and one which was triggered through a confluence of not just two, but three themes we’ve recently discussed here on Chairlift Chat. First, the headline: according to an article from Travel Weekly, this past season the demographic of skiers and snowboarders became significantly broader than it has been in recent years, in terms of age, income level, and racial diversity. The trend is largely being credited to Covid-19, as restrictions on indoor activities forced many who had never considered winter sports before to find a way to recreate outside during the winter months. As a result, early data suggest that the average age of new participants this past year was 45, down 9 years compared to the previous year’s average of 54. Additionally, new skiers and snowboarders were less exclusively wealthy, as 59% had an income below $100,000, whereas that figure was 54% the year before. Finally, and perhaps most importantly, the ethnicity of new skiers was also more diverse than ever. This season, 34% of new skiers were non-white, up from 29% the year before. In other words, while the pandemic was the worse thing to collectively happen to the world in over a century, at least in this instance, it wasn’t all bad.

As regular observers of ski news, one of the most remarkable parts of this story is the way that it ties together multiple themes we’ve been observing recently. Between the presence of the pandemic on this past ski season, the growing effort to make skiing a more inclusive sport, and the worrisome trend of declining participation in winter sports, this story checks a lot of boxes. The most promising aspect of it is without a doubt the fact that solving skiing’s diversity issue could very well be the answer to declining participation in skiing and snowboarding. While that’s been somewhat obvious to those thinking about the issue, the fact that the pandemic kicked that connection off just adds to the intrigue of this article. With that in mind, it’s apparent that next year will be exceptionally telling as it’ll be interesting to see whether or not skiing and snowboarding will be able to build on this year’s progress and further expand its demographic. For more on this, check out the full writeup from Travel Weekly.

#3: To Unionize, or Not to Unionize. That Seems to Be the Question for Colorado Ski Patrollers: This week, Breckenridge ski patrollers voted in favor of unionizing. Just over a month ago, Keystone ski patrollers narrowly voted against it. We’re still waiting to learn whether or not patrol dogs were eligible to participate in either vote. Image: Keystone Ski Resort on Facebook

Moving right along, our next topic this week is also incredibly interesting, and one that addresses a theme that’s been growing in importance over the last couple of years. That theme, put far too simply, is ski patroller contentment. In recent months, a number of articles have popped up discussing growing displeasure at a number of resorts where ski patrollers have felt underappreciated or even endangered by the pandemic. While there are a number of specific stories that we could cite regarding this, one that stands out the most to us is the situation that arose at Hunter Mountain this past January when the resort was forced to close for two days as it was unable to find enough ski patrollers to work the mountain. That situation came about as a result of a minor Covid outbreak amongst the resort’s patrollers, which forced the resort to reach out to former volunteer ski patrol members in an effort to piece together a team large enough to patrol the mountain for a couple of days. Unfortunately they were unable to do so, in part because of concerns regarding Covid-19, but also because of new policies passed down from Vail that restricted the number of free passes volunteer ski patrollers could give to friends and family. Due to that displeasure with their former managers, when the resort came asking for a favor, these former ski patrollers simply said no. While this particular incident was specific to Hunter Mountain, ski resorts across the United States have been experiencing growing tension amongst ski patrollers who feel their efforts aren’t being fairly compensated in terms of wages or benefit packages. Ultimately, that rise in discontentment has led to a pair of recent headlines that further exemplify this dynamic.

This week, in Breckenridge, ski patrollers voted 43-42 in favor of unionizing. As you can plainly see from the final vote tally, the decision was polarizing as ski patrollers continue to attempt to discern the best way to communicate their needs with resort management. Much like the situation at Hunter, the idea to unionize came about as a result of frustrations with Vail’s recognition of ski patrollers’ work. As the job of ski patroller becomes more demanding and they’re asked to work longer hours, patrol members have sought higher compensation and better benefits to reward them for a specialized, challenging job. When patrollers at Breckenridge felt as though they weren’t being taken seriously, they put the unionization effort in motion, ultimately resulting in this week’s vote. While the 43 members who voted in favor of unionizing are undoubtedly celebrating the result, there are also 114 ski patrollers in total at Breckenridge, which means that nearly two-thirds of patrollers didn’t vote in favor of unionizing. That dynamic has many at the resort, management and patrollers alike, worried about where unionization will lead. Interestingly enough, a very similar vote took place at Keystone just about a month ago. There, ski patrollers voted 35-34 against unionizing. In other words, despite the struggles with higher management, it looks like patrollers remain thoroughly split in regards to whether or not forming a union is their best option. To learn more about this week’s vote in Breckenridge, click here. To learn more about Keystone’s rejection of the union, click here. 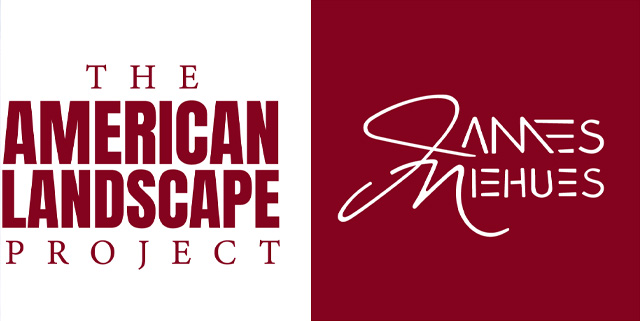 Finally, we end this week with a story that’s just downright cool. While you may not know his name, or may have only just learned of him in recent years, you’ve undoubtedly seen artist James Niehues’s work at some point in your life. Having hand painted trail maps for 34 years, Niehues has created illustrations of hundreds of ski resorts. In recent years, he’s finally been getting the credit he deserves as a successful Kickstarter campaign enabled him to publish a book of his work, while also earning him long overdue media attention. Now, with a career’s worth of work and success under his belt in the world of skiing, Niehues has announced a brand new project: illustrating 50 of America’s national parks. Working under the name of “The American Landscape Project,” Niehues plans to take his unique method of painting trail maps to national parks, first photographing them by helicopter, then painting them in painstaking detail back in his studio. In coordination with the announcement of this project, Niehues has released illustrations of four national parks: Yosemite, Grand Teton, Zion, and the Grand Canyon, all of which are currently available to purchase as prints through his website. At this point if you’re still not exactly sure who or what we’re talking about, why Niehues’s work is so exceptional, or why we’re so excited that he’s illustrating national parks, we’d highly recommend heading over to his website and checking out the four national parks he’s already depicted. While you’re there, you might as well check out some of his ski maps too. On the other hand, if you’d like to learn more about this week’s announcement, head on over to Salt Lake’s KSL.com to learn more.

A Compilation of Sketchy Entrances to Lines at Whistler Blackcomb:

Finally, it’s Not Skiing, But it's Pretty Close and it's Definitely Entertaining: